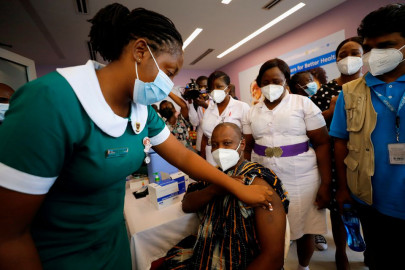 Death rates from COVID-19 infections are much higher in patients with diabetes in Africa, where the number of people with diabetes is growing rapidly, the World Health Organization said on Thursday.

"COVID-19 is delivering a clear message: fighting the diabetes epidemic in Africa is in many ways as critical as the battle against the current pandemic," said Matshidiso Moeti, WHO Regional Director for Africa, in a statement.

An estimated 70% of people with diabetes on the continent were unaware they had the disease, according to the WHO.

The number of people with diabetes in Africa is expected to surge to 55 million by 2045 from 24 million this year, the International Diabetes Federation forecasts.

The data from Africa on the increased vulnerability of people with diabetes to death from COVID-19 reflects a global trend: A Reuters investigation this year reported that the pandemic has revealed that the United States has been losing its public health battle against diabetes for more than a decade.

As of Thursday, Africa has recorded over 8.6 million confirmed COVID-19 cases and 220,0000 deaths, according to a Reuters tally.

Less than 7% of the African population is fully vaccinated against COVID-19, compared with about 40% globally, WHO says.