Nairobi County deserves devolution and we can make it work, Sakaja says 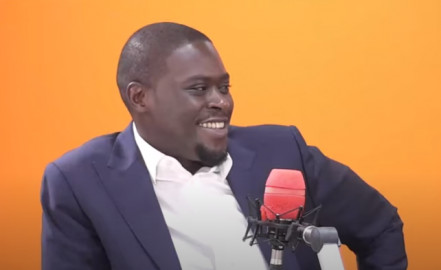 Nairobi Senator Johnson Sakaja has reiterated that devolution is a vital part of the constitution and that Nairobi can function effectively as a devolved state despite calls to transform it into an administrative and political capital.

Speaking on a local radio station on Tuesday, Sakaja admitted that some functions of the County Government were temporarily transferred to the national government but they would be reassigned to City Hall two months to the 2022 general election.

“The Nairobi County Government is still functional. It was not in the best State a year ago and there was need to invoke article 187 of the constitution to transfer some of the functions. At the time of transfer, there was a court ruling stating that if a governor is under police investigations he or she cannot hold office," Sakaja explained.

"The governor at the time didn’t even have a deputy so things were not running smoothly. There was a deed of transfer which was to last 24 months and it will run out two months before next year’s election. Once it does, we will revert the duties back to the county government.”

Sakaja also explained that there were attempts to completely abandon devolution in Nairobi but he was completely against it.

“When the first draft of the BBI was tabled, there was a proposal to transform Nairobi into the country’s political and administrative capital and not a county.  Many people accepted it and thought that was the best way to go but I wasn’t one of them.  I even went to the BBI secretariat with some Members of Parliament and raised the issue,” Sakaja added.

“Nairobi is home to 10 percent of Kenyans and they deserve devolution because it represents physical decentralization and power. You don’t have to make Nairobians pay for the mistakes of two individuals. Just because Kidero and Sonko didn’t get it right it doesn’t mean that Nairobi can’t get it right. We can actually make Nairobi function smoothly as a devolved state.”

The Senator however clarified that he was not against having a political and administrative capital but he insisted that the capital should be located in a central position that is accessible from all regions of the country.

“Look at Washington DC in the US, Abuja in Nigeria and Canberra in Australia. None of these countries converted their bustling economic capital into an administrative and political capital. They didn’t do that. They moved out and created one. If we want to establish an administrative capital we should look at areas such as Isiolo,” Sakaja said.

He consequently proceeded to laud the people of Tharaka Nithi for the methods they employed when selecting a political and administrative capital.

“I liked what the people of Tharaka Nithi did. They couldn’t agree to establish a political capital in Chuka or the neighbouring town but they settled on a central point in the region that is easily accessible from all areas and now the place is fast developing,” Sakaja concluded.