Govt says it is in control of desert locust swarms 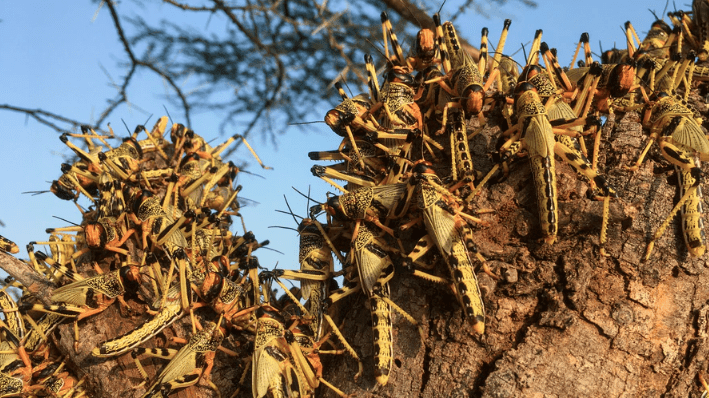 Since the beginning of September last year, the East African region was facing an acute food security following a second wave of desert locust invasion that ravaged countries in the horn of Africa.

The government now says it has contained a huge chunk of the new swarms.

“So far, the total number of swarms that settled in the Country between November 2020 and January 2021 are 75; out of which 66 have been treated reflecting a total area of 19,100 hectares……this represents eighty percent success rate,” Agriculture CS Peter Munya said.

The insects are being controlled through aerial spraying and ground pesticides.

Having identified eight control bases in the affected counties, the government has so far deployed nine surveillance and spray aircrafts, with three on standby.

And through a partnership with UN’s Food and Agriculture Organisation FAO, Munya says they have trained and deployed five hundred NYS recruits who are assisting in the control efforts.

“The demand for pesticides is quite high, we are sending twenty thousand litres every week into the bases…and the chemicals we use are operating differently…some are effective on the ground…others are good for aerial spraying..” CS Munya added.

In the 2020-2021 budget, the government allocated a total of one point three billion shillings to combat the spread of desert locusts in the country.

FAO says there is need for the government to commit more resources in tackling the locust menace.

FAO has already projected that breeding will continue in Somalia and Ethiopia as a new generation of immature swarms are forming. A good time to stress the need for a regional approach in combating the spread of the insects