'I was stripped naked,' Dennis Itumbi narrates ordeal in the hands of his 'abductors' 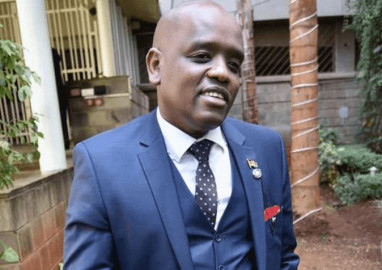 According to Itumbi, he was whisked by six men in a Toyota Premio outside a barbershop at Thindigua, Kiambu, handcuffed and beaten in turns using what he says felt like hammers and crude weapons.

"Lazima ubadilishe your political persuasion to match that of the boss," Itumbi quotes the alleged rogue police officers as telling him.

“Who is the boss? I shot back as they handcuffed me at the back.

“Silence. Whoever it is, tell him we do not change our political belief, through force and threats, he has to learn the art of persuasion, I continued,” writes Itumbi.

He claims that the abductors stripped him naked, save for his socks, and later swapped cars to two double cabin pick-up trucks from where they dumped him by the roadside after the torture.

“I am naked, except socks, I had nothing else. First instinct was to sit down because the pain was too much and I could barely open my eyes,” he states.

The strength to persist and move towards the public and seek help, Itumbi says, was because of the prayers his followers said for him.

“Pain and being naked were no longer issues, survival was now everything… As a naked man, I knew I would have a tough time stopping any car, at night,” he says.

He claims he was offered help by a boda boda rider who had seen his story online.

Eventually, a car owner emerged from what Itumbi describes as a traffic snarl-up and identified him, then offered to take him to hospital.

“(He) then tells me he cannot take me to hospital Naked. He drives to his house and gets me a bedsheet,” Itumbi states.

The car owner is the Boniface Makokha Itumbi dedicated his post to.

Upon his release from hospital on January 1, Itumbi told journalists that he had forgiven the unnamed ‘big men’ whom he claimed sent the rogue officers to intimidate him.

He, however, stated that he would give his complete account of events surrounding the incident in due time.

“In the second week of February, I will be going to a small church in Kirinyaga to go and give a thanksgiving service. We are going to give this story as it was,” Itumbi affirmed.