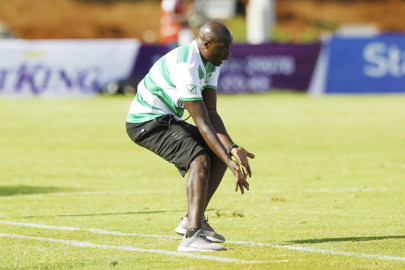 According to Club Chairman Evans Kadenge, the 37-year old tactician did not travel with the team to Nairobi last week for their FKF Premier League fixture against KCB.

Kadenge told Citizen Digital that Shikanda’s last training session with the team was Monday last week, and was unavailable on phone the next day when they were to leave for Nairobi.

"He was with the boys on Monday, but he was unreachable on Tuesday when the squad was to leave for Nairobi to play against KCB. We heard in the media that he has resigned, we are yet to get any formal communication from him," he said.

Kadenge said the team is currently under Team Manager John Muraya, as they look for the next option.

"We are waiting for him to officially write to us then we shall start the process to recruit another coach but at the moment the team is under team manager John Muraya and Peter Gin.

The relegation-threatened millers have only won one match, drawn four times and lost six matches so far in their opening 11 of the current FKF PL campaign (W1, D4, L6).

The downward toroid makes their worst start of the season since their promotion to the Country's top tier five years ago.

Sources close to Shikanda, intimated to Citizen Digital, Shikanda has been citing external interference with his job, something he says frustrated him at Sudi.

Shikanda signed for Nzoia Sugar FC in January 2021 from Division One League side Bungoma Superstars FC and has been at the helm of the club for only a year.