Househelp dies after being mauled by employer’s dog 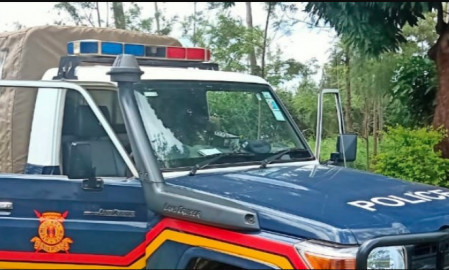 A househelp has been confirmed dead after being attacked by her employer’s dog in Moriema, Malindi town, Kilifi County.

Roselyn Nafuna, 39, was going about her housekeeping activities early Monday morning when her boss’s South African Boerboel descended on her at the porch of the house and mauled her.

According to the Directorate of Criminal Investigations (DCI), the home’s night guard heard Nafuna screaming and rushed to the scene and restrained the canine.

“According to the guard, the deceased said that she felt fine and would go back to the house by herself,” DCI stated.

When the home’s day guard reported to work later in the morning, he found Nafuna’s lifeless body lying on the floor.

Detectives have since established that the deceased’s body had multiple wounds occasioned by the dog’s bites and investigations into the incident are underway.

Nafuna’s body is meanwhile at the mortuary awaiting post mortem.