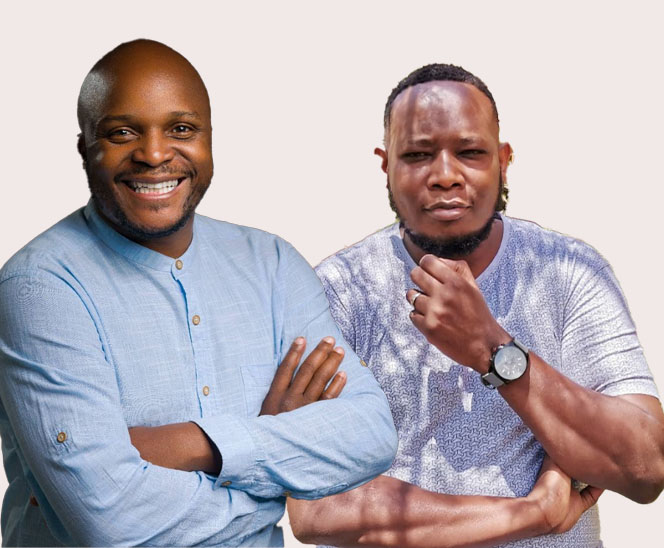 Kenyan celebrites who are seeking elective seats in 2022 now believe that they are the solution to the country’s problems since they can work jointly with the electorate.

The two celebrities say that an ‘old’ and established leader is difficult to consult since they have acquired status which tend to place them on a higher caliber over their electorates which makes it hard for consultations.

The two leaders attribute social class and financial background as the cause of the huge margin which tends to be misinterpreted by a civilian who sees their leaders as powerful and unapproachable.

“You have to elect young people who you can tell; Jalas, wewe tulikutuma huko but you have not done anything. You have not lived to your manifesto,” Jalang’o said while in an interview with NTV on Tuesday night.

The Kiss 100 presenter has already declared interest to battle it out for the Langata MP seat.

Rufftone seconded Jalas’s sentiments underscoring that young leaders are able to give their electorates a sense of power resulting from their involvement in leadership affairs.

Citing examples from his past and where he used music to reach many people at the grassroots, Rufftone divulged that the contact with civilians gives the youth leaders an edge over older politicians since their leadership is personalized.

“You are looking at young aspirants here, you have got to replace. That is the only way you will get this power. And as I have said, I am very accessible and many young leaders are accessible.”

Rufftone who is eyeing the Nairobi Senatorial seat come August this year said that the youth had fallen prey of politician’s charms and were being used to orchestrate violence.

“We have to refuse to be used as political zombies to throw stones like each other,” he stated.

While addressing the issue of voter apathy in the country, Rufftone noted that it was fueled by the lack of faith from voters who have long been subjected to betrayal by politicians and thus have thrown in the towel and nolonger interested.

‘A doctor one told me; If your child is in an accident and then when you take them to casualties and they are screaming on top of their lungs, that child is all right. But if you take a child to the casualties then the child is non-responsive, then know you have a problem. That is where Nairobi voters are,” he said.