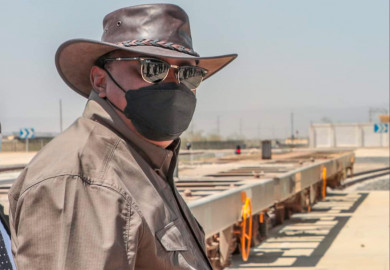 A newly released report has ranked President Uhuru Kenyatta as the fourth-richest Kenyan with a net worth of Ksh.60 billion ($530 million).

With a net worth of Ksh.89.6 billion ($790 million), Sameer Naushad Merali is the heir to the late businessman Naushad Merali, and his investment interests include telecommunications, manufacturing, agriculture, banking and real estate.

Bhimji Depar Shah is the founder of Bidco Group of Companies with a fortune worth Ksh.85 billion ($750 million), while Jaswinder Singh Bedi, a textile manufacturer, came in third with a Ksh.77.1 billion ($680 million) fortune.

The report quoted on Business Daily was released on Monday by British charity organization Oxfam International, which said the data was up to date as of November 30, 2021.

It was based on data from Wealth-X, an international organisation that monitors records of the world’s richest individuals.

President Kenyatta’s wealth was attributed to business ventures across banking, milk processing, transport, media, hospitality and land, among others, although the report noted a likelihood of the figure being connected to the larger Kenyatta family.

The report also projected 19 dollar billionaires in Africa, none of which is from Kenya.

His fortune was attributed to the 2012 sale of his family’s stake in the De Beers diamond mining company.