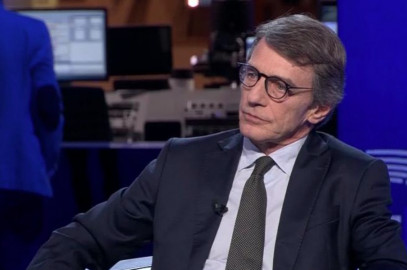 European Parliament President David Sassoli has died in Italy, according to a Tweet from his spokesman early Tuesday local time.

"The @EP_President David Sassoli passed away at 1.15 a.m. on 11 January at the CRO in Aviano (PN), Italy, where he was hospitalized. The date and place of the funeral will be communicated in the next few hours," spokesman Roberto Cuillo said.

On Monday, Cuillo said Sassoli had been in hospital in Italy since December 26, because of a serious complication due to a dysfunction of his immune system.

Sassoli, an Italian center-left politician, was also treated in a French hospital for pneumonia in September, Reuters reported, citing his office.

Sassoli, 65, has been president of the 705-seat parliament since 2019. It is a largely ceremonial role and his term was due to end this month and he was not expected to seek a second one, according to Reuters.

Due to illness, he was unable to chair the Strasbourg-based parliament in recent weeks and missed the European Commission's annual state of the union event in September.

President of the European Commission Ursula von der Leyen paid tribute to Sassoli on Twitter. "I am deeply saddened by the terrible loss of a great European & proud Italian," she said.

"David Sassoli was a compassionate journalist, an outstanding President of the European Parliament and, first & foremost, a dear friend. My thoughts are with his family," she added.

"Sassoli was a symbol of balance, humanity and generosity. These qualities have always been recognized by all his colleagues, from every political position and every European country," Draghi's office said in a statement, Reuters reports.

Sassoli began his career as a journalist, becoming a household name when he joined Italian state broadcaster RAI.

In 2009, he joined the Democratic Party and won election to the European Parliament.