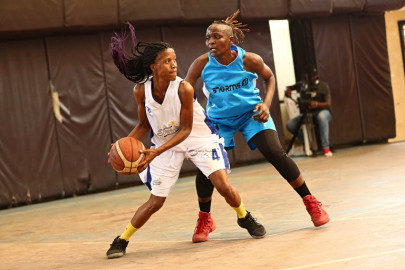 Lady Bucks head coach Michael Dave believes the jinx is broken after winning his first match this season in the KBF Women Premier League, and expects a fine run in the forthcoming matches.

According to the coach, Bucks will have to manage the excitement drawn from the victory, but ride on the same to keep the new mojo.

“We had more team chemistry and we changed our approach towards defense and even offense. Our opponents were slow and we capitalised on that beating them on transitions.

“The win definitely will give us more energy and focus to win the next matches, because the girls are now more determined to avoid more losses,” the coach said.

Bucks are still last on the log with 10 points having played nine matches, losing eight and winning one while Eagle Wings have played 16, losing 12 and winning four to accrue 20 points.

“We have been working on our defense and our rotations and it has paid with a beautiful win. Our offense is still not perfectly balanced and our bench is a bit shaky. We are however coming together at the right time and we are in a good mental space as a team,” he examined.

“Strathmore pushed well but we ended up closing the game as we needed. Jemimah Night if Kenya Lionesses led us well with Cylia Atieno and Delima Odindi giving her great support.  It was a great team effort overall,” Nson added.

Meanwhile Zetech University head coach Maurice Obilo says their win against ANU is an indication of good focus towards the playoffs. Zetech defeated ANU 54-34 leaping to third on the log with 28 points, having played 16 matches.

Out of the 16, they have won 12 and lost four while ANU have played 17 matches, winning four and losing 13 hence their total tally of 21 points.