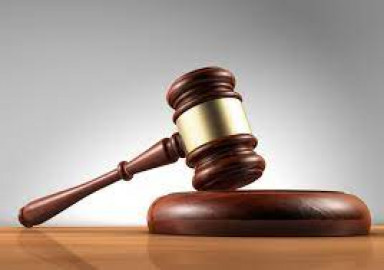 A middle-aged man was arraigned in a Siaya court for allegedly defiling and impregnating his two step daughters aged 17 and 14 years.

The two girls have reportedly each sired children, a six-month old and a one-year old child as a result of repeated abuse from their step father.

The accused, James Odhiambo, was also charged with physically assaulting his two sons aged 10 years after they claimed to have witnessed one of the instances when the suspect defiled the girls.

The suspect was charged that on the night of June 18, 2021, when the two sisters were asleep in their room together with their other siblings, he allegedly broke into the house brandishing a panga before proceeding to defile one of the girls repeatedly.

According to a report presented before the court by the girls’ teacher, the incident took place when the girls’ mother had gone to attend a funeral in Vihiga County.

The report further indicated that during the incident, the accused allegedly threatened to harm the boys if they ever broke their silence.

The incident was, however, discovered when one of the girls narrated the ordeal to her teachers a day later. The girls had fled to the school for safety after the accused beat one of them and her two younger brothers on suspicion that they were planning to escape from home.

The case was reported to Yala police station on June 19, 2021 and the minor was taken to Yala sub-county hospital for treatment and assessment after which the accused was arrested and later released on bond.

The court was told that the man had been defiling the for the last three years since 2018 but they could not make it public knowledge due to fear.

Siaya sub-county Children’s Officer Beatrice Oguda told the court that the children have been reporting the issue to their mother who has failed to take action and therefore requested the court to also charge her as an enabler in the case.

Odhiambo will remain in remand after his earlier bond was revoked by the court after it emerged that he had allegedly issued threats to the investigating officer and the head teacher at the school where one of the children studies.

The case will be heard on November 17, 2021 when the investigating officer and doctor who tended to the victims will testify before the court.