Justice Daniel Musinga sworn in as Court of Appeal president 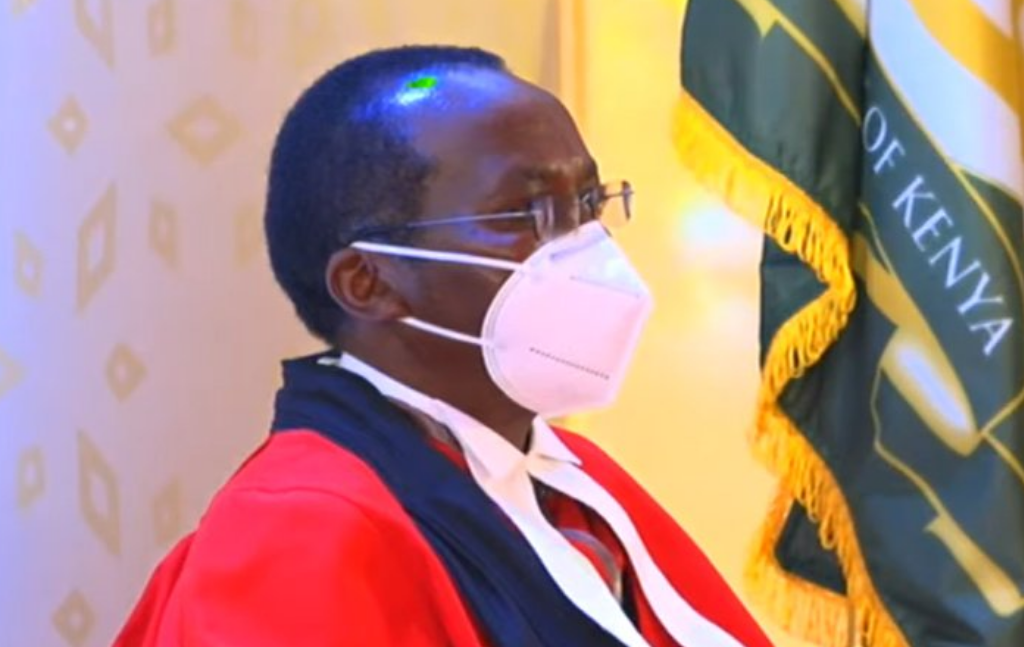 Judge Daniel Musinga was on Friday sworn in as Court of Appeal President at a ceremony presided over by Chief Justice Martha Koome.

Musinga was elected by the Appeal judges on May 24 to replace Justice William Ouko, who was then elevated to Kenya’s apex court, the Supreme Court.

After his swearing in, Musinga said his administration will listen to ideas that will assist in promoting efficient and effective service delivery and in regular consultation with the leadership of the Judiciary.

Justice Daniel Musinga: My administration will listen to ideas that will assist in promoting efficient & effective service delivery. We will consult regularly with the leadership of the judiciary pic.twitter.com/ap5m7h7kzV

He is the third President of the Court of Appeal, following Justice Kihara Kariuki (now Attorney General), the first, and Justice Ouko, who succeeded Kariuki.

With his coronation, he has been given the administrative responsibility of selecting judges to hear appeals, including the Building Bridges Initiative appeal, which is currently before the court.

Justice Musinga, who was appointed to the High Court in 2003, had established himself as a distinguished legal practitioner since his admission to the bar in 1988.

Justice Musinga is the current chairman of the Judiciary Committee on Elections (JCE), having been appointed by retired Chief Justice David Maraga in January.