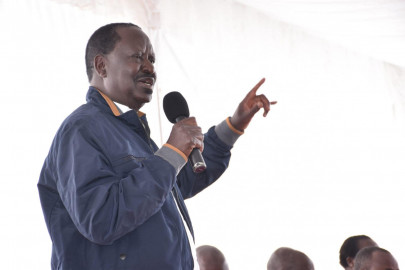 He said he will declare his political position, adding that he has the solutions the country requires.

Speaking at the same event, Suna East MP Junet Mohammed backed Odinga's words lauding the handshake between Odinga and President Uhuru Kenyatta which he said helped in uniting the country.

"The main goal of 'Azimio la Umoja' is to unite all Kenyans without discrimination on tribal lines. Everyone is a Kenyan first before belonging to a particular tribe. If we unite our country in that manner, we will be ready to protect this nation," said Odinga.

Odinga implored the new members to be ambassadors of peace even as he outlined his strategy for reviving the country’s economy and improving the livelihoods of vulnerable Kenyans through the social protection program.