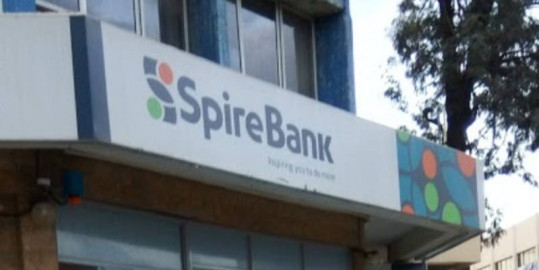 If Mwalimu National Sacco-owned Spire Bank were to liquidate all its assets and repay all its debt, teachers who make up its members would still be required to raise Ksh.2.6 billion to balance the books.

This is as the bank’s accumulated losses over time top Ksh.9.2 billion as of September 30 this year and have subsequently eaten through the lender’s working capital resulting in negative shareholder’s equity.

Spire Bank’s loss through the first nine months of 2021 stretched to Ksh.818.8 million from Ksh.783.6 million last year as the bank continued to book negative returns from operations.

The bank’s cost of funding represented by total interest expenses has continued to outstrip both interest and non-interest income to leave the bank standing on quicksand.

The teacher’s bank remains in breach of Central Bank of Kenya (CBK) statutory operational metrics with core capital Ksh.4.4 billion below the prescribed Ksh.1 billion mark while its liquidity ratio sits at 3.4 per cent against the prescribed 20 per cent.

Mwalimu National Sacco which has seen its initial investment in Spire wiped out now faces the uphill task of injecting more billions in the lender to keep its lights on.

Teachers’ represented in the sacco have nevertheless agreed to sell the bank as remedy but are yet to strike a deal with a potential suitor.

Previously, Mwalimu Sacco has mulled raising long-term loan funding to steady the rocking ship and have also considered tapping assistance from the Central Bank of Kenya (CBK) which represents the lender of last resort.

Mwalimu Sacco bought Spire Bank, then the Equatorial Commercial Bank in 2014 from businessman Neushad Merali who has since been fingered for his role in the bank’s downward spiral.

For instance, legislators have questioned a move by Merali to pull Ksh.1.7 billion in deposits from Spire just two years after disposing of the bank.

Spire Bank has returned a loss in seven straight years since its teachers’ lead acquisition.