Tanzanian cricket team in Mombasa ahead of World Cup qualifiers 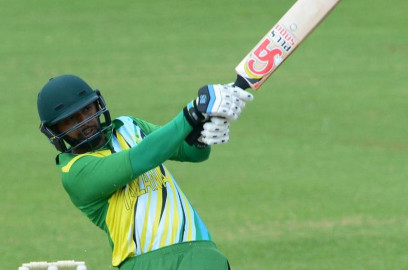 The qualifiers for Sub-regional Africa group B set to be played in Rwanda.

According to match organiser Bhavin Panchal, the five matches will be played from 22-25 October at Mombasa Sports Club and Coast Gymkhana grounds.

The Tanzania national team is expected in Mombasa tomorrow for the warm up matches.

"The first match will be played on Friday October 22 at Mombasa Sports Club with the last game at Coast Gymkhana on Sunday at 2pm followed by presentation ceremony," said Panchal.

Kenya national cricket team captain Irfan Karim has been included in the select team together with his team mate Emmanuel Bundi who was part of the Kenyan squad in 2018 ICC World Cricket League.

Pradyuman Manoj and Joy Doshi who featured for the national under-19 have also been called to boost the Coast team.

Kenya and Nigeria the two highest ranked teams in the sub region progressed directly to the regional final.