'Wash Wash': Terence Creative narrates how fan conned him out of Ksh.20,000 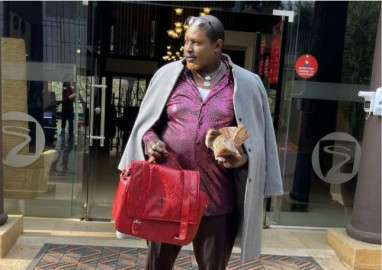 Comedian and content creator Lawrence Macharia, popularly known as Terence Creative, has revealed that his now viral ‘Wash Wash’ YouTube series is based on a true story.

In the three-part skit, Terence seeks to enlighten Kenyans about the crafty con business in Nairobi.

Terence, in an interview with Plug TV, said he was conned out of Ksh.20,000 by a fan who purported that, just like in the skit, he would double his money using a special chemical.

Terence said the guy was smartly dressed, in a suit, and also carried a briefcase to properly sell the character of a successful businessman.

Terence further stated that he, in subsequent years, met the conman who just laughed at him for believing that the business was actually legit.

The ‘Wash Wash’ series has been one of the most successful projects of the content creator, with the three parts gaining upwards of 3.9 million views on YouTube since their release.