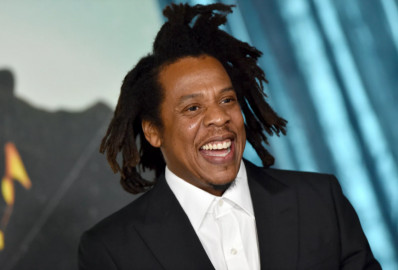 The world was just starting to get used to American billionaire rapper Jay Z's presence on Instagram, which he has avoided for a very long time, when he left.

The account garnered over 1 million followers within the first three hours of going up, and went down one post later after surpassing 1.5 million.

The 51-year old rapper’s first and only post, which he shared on both his feed and Insta story, was in promotion of the new film ‘The Harder They Fall’, which he co-produced.

Jay-Z shared a poster of the American-Western film, which is currently streaming on Netflix, with a countdown to the film’s premier on the streaming giant.

For the short duration that he was on the social media platform, Jay Z only followed his wife Beyoncé, who reposted the countdown.

The ‘Lemonade’ hit maker has racked up a total of 217 million followers on Instagram, zero of whom she follows back.

She however made an exception for her husband and reciprocated his follow on his now deleted account.

‘The Harder They Fall’ is a Jeymes Samuel (The Bullitts)-directed Western co-produced by the rapper.

The film currently holds at number one in the top ten TV shows and movies in Kenya on Netflix.