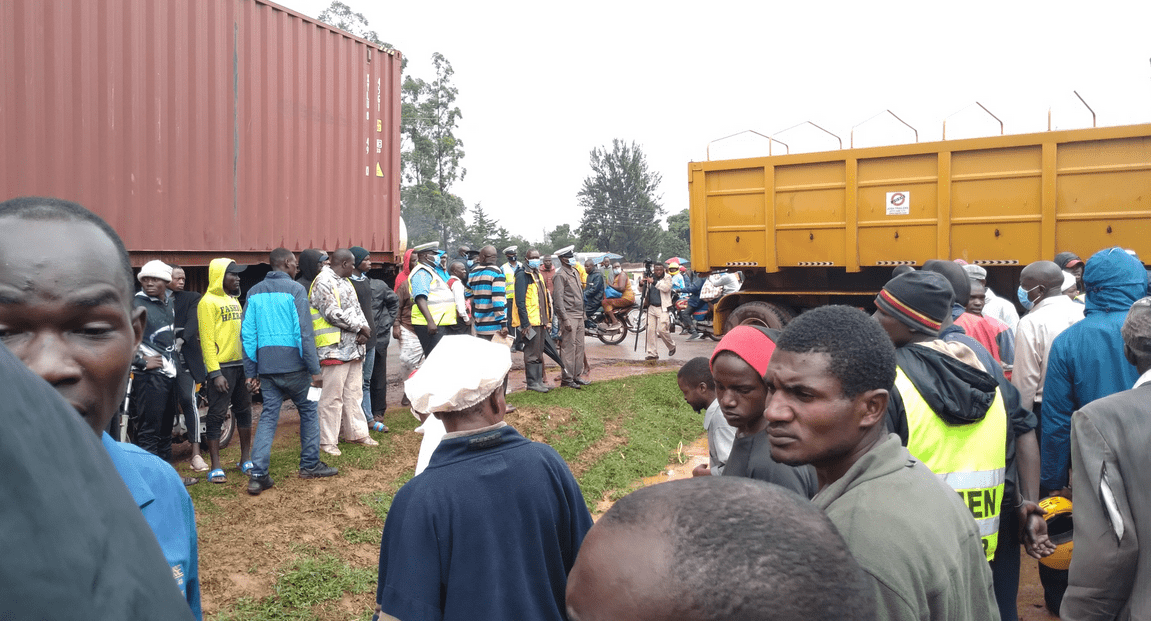 A trailer lost control and slammed into a bodaboda shade at St Joseph’s primary school’s junction in Webuye on the Malaba Eldoret highway, killing two people on the spot.

The two women who died were sheltering from the rain at the boda boda stall.

Approximately eight bodaboda riders narrowly escaped death when they ducked when they saw the trailer approaching.

According to Bungoma East police chief Valerian Obore, the accident occurred after a lorry traveling from Malaba to Eldoret lost control and veered off the road before crashing into the bodaboda shade.

Police have begun a probe to ascertain the cause of the accident.

Mr Obore stated that the trailer’s driver escaped unharmed, was arrested, and is assisting police with their investigations.

The police chief urged motorists on the northern corridor highway to exercise caution and vigilance, especially during the rainy season, when accidents are more likely.

Police took the bodies of the dead to the Webuye County Hospital morgue.