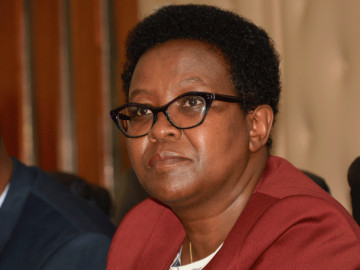 The Independent Policing Oversight Authority (IPOA) has begun investigations into the Tuesday morning incident where a police officer shot six people dead and injured two others before killing himself in Kabete, Kiambu County.

IPOA Chairperson Anne Makori in a statement said that a team had been deployed to investigate the incident.

“The Authority this morning dispatched its Rapid Response team to obtain information that may be relevant in unveiling the circumstances surrounding the shooting incident,” stated Makori.

“Upon conclusion of the investigations, the Authority will make appropriate recommendations to relevant institutions including recommendations for compensation of victims of police actions as envisioned in Section 6 of the IPOA Act and Section 10 (1t) of the National Police Service Act,” she added.

Makori stated that IPOA will liaise with the Inspector-General of Police Hillary Mutyambai and the National Police Service Commission to discuss the recent surge in police deaths and suicide cases.

She further noted that the parties would also deliberate on the mental health of police officers.

In the Tuesday 3am incident, a neighbour of the Kabete-based officer heard a gunshot and alerted the nearby Kabete Police Station, according to a police report.

When officers arrived at the officer's home, they discovered the wife dead with a gunshot wound to the neck.

He then allegedly went on a shooting rampage, killing five others while shooting at anyone in his path.

The officer later committed suicide by shooting himself in the neck.

Dagoretti OCPD Francis Wahome confirmed the incident, saying one of the victims was a boda boda rider who died while receiving treatment at the Kenyatta National Hospital.

Two more people are still in the hospital with gunshot wounds.