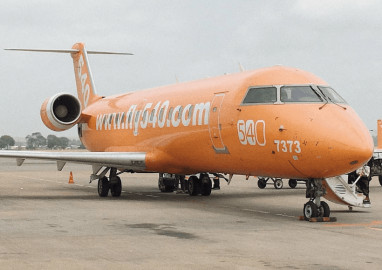 It is a relief for Kenyans as Fly540 is set to resume direct flights to Kisumu from Jomo Kenyatta International Airport in Nairobi after Covid 19 grounding that happened early last year.

In an interview with a local newspaper, Fly540 chief executive Don Smith said that the operation which is scheduled to begin in December 1st, 2021 will increase competition from other airlines.

He further stated that the passengers traveling on this route (Kisumu from Nairobi) will be charged Ksh3,450 as a commencement price for a one-way ticket depending on the date of travel.

The airline is also seeking to operate flights on a one-way ticket from Nairobi to Ukunda at a cost of Ksh10,540 which the CEO says is cheaper enough to beat other rivals on the route.

Fly540 airline will now be taking a single trip a day contrary to the two daily flights made before halting passenger operations in March 2020 amid government directives on Covid 19 travel protocols.

To quash the contention in this booming route, Fly540 is aiming to use the Dash 8 Q 300 type of airline. “Most passengers using the Nairobi-Kisumu route are either on a business trip, attending conferences, on tourism trips or visiting to their rural homes,” Smith stated.

The airline has also relayed plans of expanding its reach to international markets. “We seem to link the flight with other international destinations such as Entebbe,” said Mr. Smith.