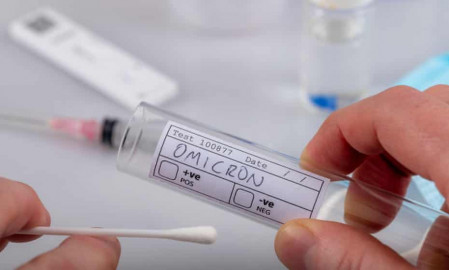 Uganda has registered at least seven cases of the new Covid-19 variant Omicron, the Country’s Ministry of Health has revealed.

According to reports, the new cases were recorded among travellers arriving in Uganda from Nigeria, United Arab Emirates, South Africa, Democratic Republic of Congo and the Netherlands. The travellers used Ethiopian Airways, Uganda Airlines, Kenya Airways and Airlink to enter the country.

The Monitor reports that on November 29, 13 samples were collected from the travellers at the Entebbe International Airport. Out of these, seven tested positive for the variant.

"We know about it [cases of Omicron variant]. We will intensify surveillance," Dr Charles Olaro, the director of clinical services at the Health Ministry said on Tuesday.

The Omicron variant was first discovered in South Africa and as WHO guidelines state, the Cyril Ramaphosa-led nation reported the new strain to the rest of the world, only to be issued with travel bans. The travel bans were also issued to countries neighbouring South Africa.

This happened despite the variant’s exact point of origin having not been determined.

According to Dr Githinji Gitahi, CEO AMREF Health Africa, the selective segregation of the southern African countries is a clear act of racism and the AU should be vocal and raise the issue with the rest of the World immediately in order to find a solution fast.