Botswana gets WHO award for mother-to-child HIV prevention milestone 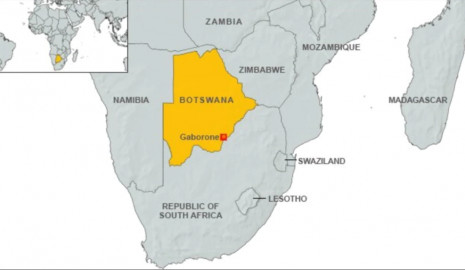 The World Health Organization has recognized Botswana for its efforts to prevent the transmission of HIV from expectant mothers to unborn children. Officials say no children born to HIV-positive mothers this year had the virus.

WHO awarded Botswana the ‘silver tier’ status this week; The silver tier certification is given to countries that have lowered the mother-to-child HIV transmission rate to under five percent and provided prenatal care and anti-retroviral treatment to more than 90 percent of pregnant women.

Botswana has achieved the WHO’s target of an HIV case rate of fewer than 500 per 100,000 live births.

WHO regional director for Africa Matshidiso Moeti, in awarding the certificate in Gaborone on Thursday, said Botswana has demonstrated that an AIDS free generation is possible.

“I want to applaud, this is huge accomplishment by Botswana, which we know has one of the most severe HIV epidemics. This achievement demonstrates that an HIV/AIDS free generation is possible. It also marks an important step towards ending AIDS across the entire continent. Perhaps most importantly, it illustrates the remarkable progress that can be achieved when the needs of mothers living with HIV and their children, are prioritized.”

Botswana has the world’s fourth highest HIV prevalence but has made strides in fighting the virus.

"The award is given to Botswana and Batswana as testimony for the success of our efforts as a country in the path to eliminate mother-to-child transmission of HIV. We are excited by this development because we have been battling the HIV/AIDS pandemic for many years. The award therefore, which is the first to be awarded to an African country, demonstrates that our efforts have not been in vain,” Masisi said. Also noting that HIV rate significantly decreased from 37.4 percent in 2003 to 18.4 percent in 2019.

HIV-positive young women, like Tlotlo Moilwa, say the country is on a reassuring path.

“The reasons that drive this change is that the moment a woman is pregnant, they are also tested for HIV and if the result is positive, at that very moment, they enroll for prevention of mother-to-child transmission. This means they cannot infect the unborn baby or even during birth," Moilwa expressed.

With the country making strides in preventing mother-to-child HIV transmissions, Moilwa says the future is much brighter for her and other HIV-positive women.

"I see a huge change for our future. If you look at the youth living with HIV at the moment, a lot of them got infected at birth. If right now babies are born HIV negative, it means that there will not be HIV positive young people in the future if we are to take care of ourselves."

According to WHO, 15 countries globally, have been certified for eliminating mother-to-child HIV transmission, but none had an epidemic as large as Botswana.