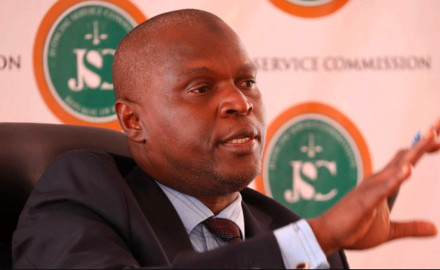 A petition filed at the Judicial Service Commission (JSC) seeking the removal of High Court Judge Said Chitembwe over alleged abuse of office was on Friday withdrawn by applicants John Wangai and Stephen Owoko.

The duo said that they retracted the application without coercion owing to the fact that the issue had not been addressed in line with the natural rules of justice contrary to what is stipulated under the fair administrative action act.

“I wish to confirm that we have no complaint against the Justice Said Chitembwe… As ardent defenders of promoting fidelity to the Constitution, we have resolved to withdraw the petition," read court documents.

In their initial application filed on November 17, 2021, the duo argued that Justice Chitembwe failed to promote and facilitate the independence and accountability of the judiciary and the transparent administration of justice contrary to the constitution.

The duo also claimed that Chitembwe made controversial, contentious and disputed rulings and judgements during his time in office.

Following the withdrawal of the petition, two more applications are still pending before the commission against Justice Chitembwe. They are set to be heard on December 14, 2021 in front of the JSC.

On July 22 this year, sleuths from the Directorate of Criminal Investigations (DCI) arrested the judge and his counterpart Aggrey Muchelule over allegations that the pair was planning to receive a bribe from an unknown broker to manipulate the ruling of a court case.