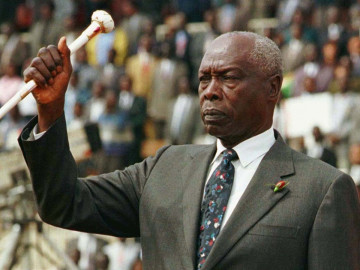 The High Court has dismissed petitions that sought to have lawyer Zehrabanu Janmohamed barred from distributing properties the late Daniel Moi left behind for his family.

The petitions were filed by US-based doctor George Kiongera, through his company Maestro Connections Health systems and David Chelugui, the son of ex-Chief Noah Chelugai, who won Ksh.1 billion in a 2019 land battle with the former Head of State.

Maestro Systems argues that in 2016, it bought an 8-hectare parcel of land in Muthaiga from the deceased and the property was eventually registered in its name only to find out later that three other institutions claiming to have bought the same parcel from Moi.

“Each of them had separately sued the deceased at the Environment and Land Court. In each of the three instances, the applicant stated, the deceased had denied having sold the parcel of land, or having instructed the above law firm to act for him in any transaction,” official court documents read in part.

Maestro Health consequently wanted the court to set aside Ksh.2.5 billion from Moi’s estate, stating that it was the amount currently being claimed by it in the land dispute case.

The applicant similarly wanted lawyer Janmohamed to reveal whether the disputed property was included in the properties the late Daniel Moi left for his family. She however categorically stated that the property was not mentioned in Moi’s Will or Codicil, and that it was not one of the properties subject of the petition.

“If that is the case, then there is no connection between the ELC cases and the on-going succession cause in respect of the estate of the deceased. If it turns out that LR No. 12422/19 was the deceased’s property, and it was not mentioned in the Will or Codicil, then it will be the subject of the intestate succession,” Justice A.O. Muchelule said.

“I have also indicated that if it turns out that it belonged to the deceased, and it was not part of this probate petition, it will be the subject of intestate succession. Until then, this court cannot be asked to set aside the Ksh.2,500,000,000  or any amount related to the dispute in the ELC court, in the instant petition.”

The judge similarly ruled that the court cannot halt the process of the distribution of the estate of the deceased which he provided for in his Will and Codicil.

On his part, Chelugui wanted the distribution process halted if it did not include the Ksh.1 billion owed to his family but his petition was similarly dismissed.

“All that I would like to say at this stage is that, when the respondent will seek the confirmation of that grant of probate she will serve the protester who will formally file his protest to the application. At that stage the court will deal with the protest. 16. In conclusion, I dismiss with costs the summons dated 23rd April 2021 by the applicant,” Muchelule ruled.