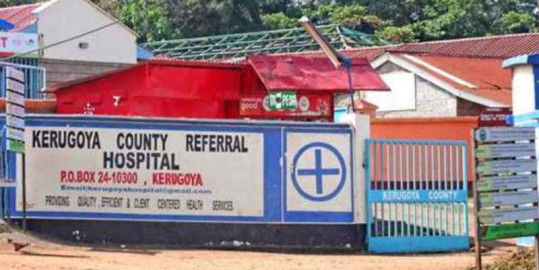 Police in Gichugu, Kirinyaga County are investigating an incident where a court clerk attached to the Gichugu Law Courts was found unconscious in what is thought to be a failed suicide attempt.

He is said to have been unconscious, with injuries on his neck.

Police are still searching for his close family members for interrogation into the incident.

Meanwhile, Paul Murage, the 35-year-old man who killed his wife and four children on Monday at Kathaka village in Gichugu is set to be arraigned at Gichugu Law Courts today to answer to murder charges.

According to Mbogo, detectives from the Directorate of Criminal Investigations are still looking for more details into the case, including the weapon the suspect claimed he used.

Murage is said to have murdered his family, then surrendered himself to the Kianyaga police station, where he pleaded with the police commander to arrest and detain him for six months because he was selling bhang.

He reportedly told the police that he started by killing his wife using an axe before killing his four children.