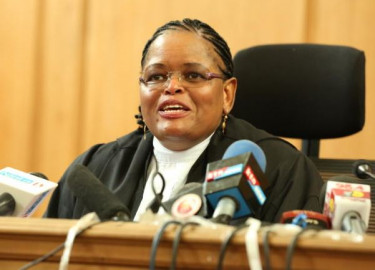 Chief Justice Martha Koome has named a three-judge bench to determine an application challenging the implementation of the Competency-Based Curriculum (CBC).

The bench, consisting of Justices Hedwig Ong’undi, Anthony Ndung’u and Anthony Mrima, has set February 17, 2022, as the day the case, filed by lawyer Esther Ang’awa, will be heard.

In her petition, Ang’awa argues that the CBC was rolled out without proper planning citing that teachers were not appropriately prepared for the change in curriculum as such their learning curve might end up being affected in the long run.

The aforementioned respondents, backed by the National Parents Association (NPA), have however asked the court to dismiss the case over claims that children will be affected should the court decide to make a decision without getting their input first.

The association, through its lawyer Elizabeth Akinyi, also claims that the petitioner has also not considered how compensation will be made to teachers and parents alike should the court move to abolish the CBC curriculum.