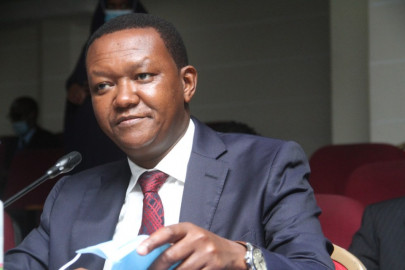 Machakos governor Dr. Alfred Mutua has suspended the Machakos County Attorney James Kathili ahead of his removal from office over gross misconduct.

In a Monday statement, the county boss said the move was aimed at allowing a smooth and fair removal process.

“In order to pave way for a fair removal process and minimize the possibility of interference with proceedings, have With immediate effect suspended Hon. James Musango Kathili from Office as County Attorney for the County Government of Machakos,” stated Mutua.

He cited gross misconduct, violation of the constitution and incompetence, among others as the cause of Kathili’s suspension.

“This has been necessitated by serious violation of the constitution and other laws, gross misconduct, incompetence, dereliction of duties as well as unprofessional and unethical conduct on his part,” the statement further reads.

Mutua added that he will be serving the county assembly with the specific reasons behind Kathili’s suspension for approval.