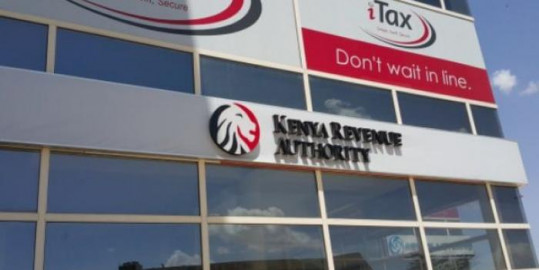 Kenya Revenue Authority (KRA) officers on Tuesday netted counterfeit liquor estimated to be worth Ksh. 6 million in Meru in a tax evasion scandal.

According to the Chief Manager, Investigations at KRA Mutembei Nyaga, the authority has been on a mission countrywide to weed out all counterfeit goods and especially liquor.

“On Monday, we arrested one person in Meru town for selling counterfeit liquor. Today, our mission was to get the owner of today’s counterfeit liquor but our efforts bore no fruit as the owner jumped over a perimeter wall in his compound,” he stated.

Mutembei further revealed that in Meru County alone, the authority loses about Ksh. 100 million every month due to counterfeit liquor.

The Chief manager said that since they started carrying out the counterfeit operations countrywide, they have managed to uplift revenue collection as per the Authority’s target.

“Some of the dealers in the counterfeit goods usually use KRA labels which are not authentic as they do not belong to KRA making it hard for the consumer to know goods that are counterfeit goods when being sold to him or her,” he explained.

To address the challenge, Mutembei said KRA had developed a mobile application where one can confirm whether the goods being sold to them are counterfeit.

Mutembei warned that the operations will continue until people dealing in counterfeit goods desist from the act and agree to pay taxes.