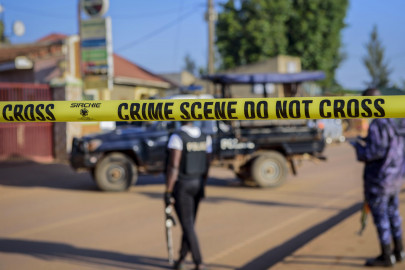 At least six people were killed and several others injured on Tuesday in two separate suicide bombing incidents in Kampala, Uganda.

The attacks occurred within three minutes of each other with the first bombing taking place at 10:03 am near Kampala Central Police Station and the other happening at 10:06 am near Raja Chambers and Jubilee Insurance building.

Confirming the incidents, Uganda Police spokesperson Fred Enanga revealed that a man was captured on CCTV surveillance near the Central Police Station before detonating an improvised explosive device (IED) that he had concealed in a backpack.

“When we reviewed the first pictures that came from the CCTV footage after the incident they clearly revealed a male suspect in a black jacket, carrying a backpack who detonated the bomb that he was carrying killing himself instantly,” Enanga said in a statement.

“The spillover effect from the bomb covered a radius of about 30 metres that is near the checkpoint to the front desk office at the Central Police Station. Two other people were confirmed dead from that suicide bombing attack.”

Seventeen people who were in the blast vicinity sustained injuries and are receiving treatment in hospital.

“They detonated bombs they were carrying on themselves that killed them instantly, So far 23 injured victims, 5 critically, have been rushed to Mulago National Hospital for further treatment," Enanga said.

“Our bomb experts and a team of forensics experts are still documenting the scene to come up with an actual number of victims.”

Elanga consequently revealed that authorities were able to track and shoot a fourth suicide bomber at Bwaise and recover an unexploded explosive device at his home in Nansana-Katooke.
The incidents come almost two weeks after a suicide bomber with ties to the Islamic State (ISIS) set off an explosive in a bus in Kampala.

According to police reports, the 22-year-old assailant was part of the Allied Democratic Forces (ADF), a rebel group affiliated with ISIS since 2016.

The ADF, historically a Ugandan insurgent group, has been accused of killing thousands of civilians in Eastern Democratic Republic of Congo.

"It clearly shows that the ADF linked radicalized groups, still have a desire to carry out lethal attacks, on soft targets, with suicide attackers and improvised explosive devices," Elanga said.

"Although, our Joint Counter Terror teams, and mitigated bomb threats and attacks for the last 22 days, today’s breakthrough attacks show that we still need to do more, to pre-empt, penetrate and prevent deadly attacks by domestic extremists in the days to come," Enanga added.

Enanga similarly called on citizens to remain vigilant against the war on terrorism while reiterating to the international community that Uganda would continue pursuing the terrorists and their agents.