Sonko on controversial video leaks: You have nothing to be afraid of if you are clean 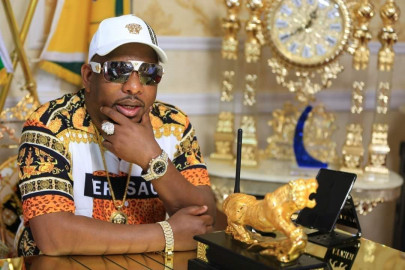 Former Nairobi Governor Mike Sonko has spoken out in defense of his recent social media 'exposés,' which have become known among Kenyans as the 'Sonko Leaks.'

The former governor claims he began taping his private interactions with people after taking office as mayor of the city in 2017, and that it has aided in the fight against graft.

“When I became governor, I inherited a city that was known for corruption and sleaze. I had people come into my office, calling me trying to broker deals that would steal from the city,” stated Sonko in an interview with The Standard.

“That is why I started recording people and exposing them soon, they were afraid of me and kept off stealing from the public.”

Sonko insisted that he only records interactions with "crooks and cartels," and that honest people should not be afraid of him.

So far, the court has served him an order barring him from further exposés. Sonko has, however, vowed to continue his video leaks, saying he is ‘fixing’ the country’s judicial system.

“I have nothing to lose anymore. Even if I never go back into elective politics, I need to finish this war for the 40 million Kenyans who do not have a chance at justice.”

Sonko claims to have in store month's worth of unreleased video and audio recordings which he will eventually make public.

“I will broadcast more to my followers, much more is coming,” he added.