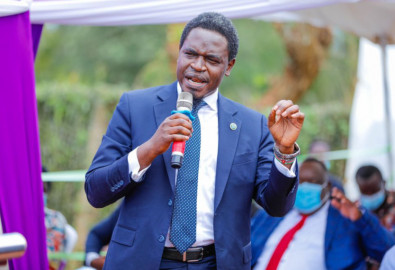 In a statement, the LSK president accused the Chief Justice of lacking emotional intelligence saying that the lshe should have just stayed silent.

On Thursday, the Chief Justice criticized a call by former Chief Justice Willy Mutunga to have judges go on strike in solidarity with their six colleagues whose appointment was declined by President Uhuru Kenyatta.

According to Lady Justice Koome, Mutunga’s sentiments were inciteful and went against everything the Judiciary stands for.

“Notwithstanding the reasons for which that call was made, it is imperative that we all examine the implications of that regrettable incitement meant to disrupt access to justice for Kenyans,” Koome said in a statement.

Mutunga’s Thursday declaration called on judges to down their tools in protest of the Executive’s continued trend of ignoring court orders. According to him, the Executive will only take the judiciary seriously if they act immediately.

This comes at a time when the Judiciary and the Executive are at loggerheads after the president rejected to appoint six judges to the High Court after their nominations.

President Uhuru instead, filed an appeal on Wednesday to challenge the High Court decision that directed him to appoint the six judges he left out from a list of 41 judges recommended by the Judicial Service Commission (JSC) for appointment.