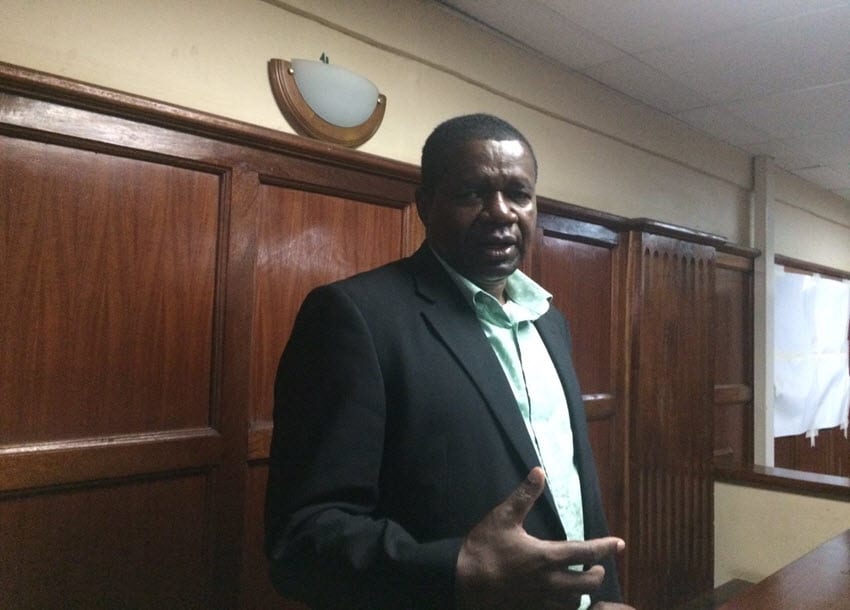 The three, who appeared before Magistrate Lawrence Mogambi at Milimani Law Courts in Nairobi, were facing charges for over Ksh 50 million that was paid as bribe by a UK firm, Smith & Ouzman, to former members of the defunct Interim Independent Electoral Commission (IIEC) and the Kenya National Examination Council (KNEC) to award it a printing tender.

Oswago was arrested January 8 morning by the Ethics and Anti-Corruption Commission (EACC) detectives alongside agent Trevy Oyombra, who brokered the deal between the officials of IIEC, KNEC and the printing firm and Hamida Ali Kibwana, a procurement officer at the then poll body.

Mid last year, Oswago said that he should not be investigated over the Chickengate scandal claiming that EACC was targeting him.

EACC, however, cleared the immediate former IEBC chairperson, Ahmed Issack Hassan, over the chickengate scam in which 50 million shillings was paid out as bribes to the then poll officials.

EACC, however, recommended that criminal charges be proffered against the alleged mastermind of the scam; Oyombra, Oswago, and two former procurement officials.

EACC said it has evidence of criminal culpability on the part of four persons allegedly involved in the Ksh 52 million bribery scam and, therefore, recommended criminal charges.

Top on the list of those who were initially being probed are; sacked Energy Cabinet Secretary, Davis Chirchir, who then served as a commissioner at the defunct Interim Independent Electoral Commission (IIEC), ex-IEBC CEO James Oswago, ex-Deputy CEO and former Judiciary Chief Registrar, Gladys Boss Shollei, and former KNEC boss, Paul Wasanga.

A UK court has already convicted two Smith and Ouzman directors for offering 50 million shillings to Kenyan poll agency officials to influence procurement of ballot material in past elections.