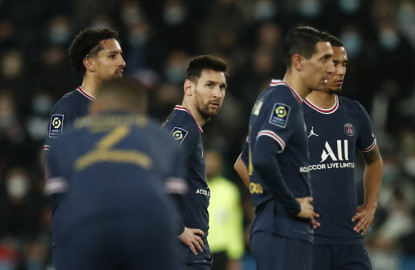 Holders Chelsea will play French side Lille in the Champions League last 16 after the draw for the knockout stages took place for a second time.

A "technical problem" caused an error in the initial draw, which Uefa said had been "declared void".

In the standout tie of the round, 13-time champions Real Madrid come up against French powerhouse Paris St-Germain.

Why was it redrawn?

In the original draw, Manchester United's ball was pulled out of the pot against Villarreal but they were ineligible to face each other as they had been in the same group - an eventuality Uefa said the technology should have prevented.

Further confusion appeared to occur when United were excluded from the pot of possible opponents for Atletico Madrid, and Liverpool included instead.

However, United could have played the Spanish side and Liverpool could not, having progressed into the knockout stage from the same group.

Uefa said in a statement: "Following a technical problem with the software of an external service provider that instructs the officials as to which teams are eligible to play each other, a material error occurred in the draw for the Uefa Champions League round of 16.

"As a result of this, the draw has been declared void and will be entirely redone."