‘They are faster and cheaper’: CS Macharia defends award of gov’t tenders to Chinese contractors 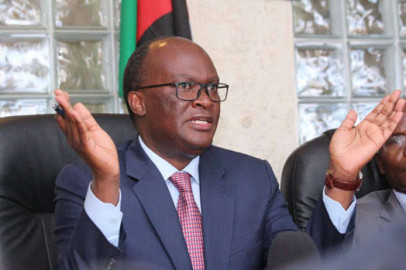 The Chinese’s high speed and relatively cheaper cost are what have made them go-to contractors whenever the government embarks on infrastructure projects, Transport and Infrastructure Cabinet Secretary James Macharia says.

Macharia has dismissed claims that the government enlists only Chinese contractors for key projects, saying the offers are open to everyone but the Chinese end up placing better bids.

“When people say we are giving the Chinese, am I going to give a project for the sake of not giving Chinese at Ksh.18 billion when it could have been done at Ksh.7 billion?” the CS posed in an interview with Citizen TV on Monday.

“For any project we go through a very competitive process and we make sure we do not have to spend more money than we have to. So if some of those projects are won by the Chinese, it is because  their bids are a lot more competitive,” Macharia noted.

The CS added that in addition to their cheaper costs, the Chinese have proven to be fast at completing the projects compared to their competitors.

“They are very, very fast in terms of making decisions, implementation of projects. This (Nairobi Expressway) was launched by the President in October 2019, now it is 80 percent complete,” he said.

“At the same time,” CS Macharia added, “we were discussing with another European consortium to do the Rironi-Mau summit road. We started negotiations in September 2016 and we’ve not finished the negotiations.”

CS Macharia also cited the Kenol-Sagana-Marua highway which he claims the Chinese beat their European counterparts at for their significantly lower cost.

“If you look at the bids that we got, from Kenol to Sagana we had some European companies who had gone all the way to Ksh.18 billion.”

He added: “The speed of their work, they bring skilled people, they put off-site facilities to do pre-casting, they work 24 hours and their cost is low because they manage their cost component very well.”