Wazalendo in Accra ahead of championship 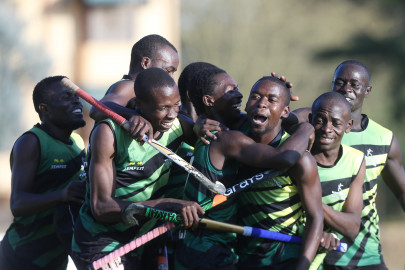 Kenya’s hockey men team side Wazalendo are already in Accra, Ghana ahead of a week-long championship which begins Wednesday.

However the team travelled without head coach Fidelis Kimanzi owing to other work commitments but his able deputies Joseph Njogu, James Omondi Were, Benard Kubasu and Kelvin Kuria will be in charge of the team.

Wazalendo are the only Kenyan representatives in the annual tournament after other clubs Butali Warriors (men) and women's side Blazers, and United States of International University Africa (USIS) pulled out due to financial constraints.

The team took a squad of 20 players to Accra, two more than the registered number of 18.

They are in Pool B alongside hosts Ghana Revenue Authority (GRA) and Egyptian sides Zamalek and Tairat.

They open their campaign against Egyptian side Zamalek on Wednesday before facing 2018 runners-up Ghana Revenue Authority (GRA) in their second fixture on Thursday and later winding up their group stage matches against newcomers Tairat on Saturday.

Kimanzi said: “I didn’t make it to Ghana due to work logistics but I believe I will find a way there by the end of the week, if my employer will permit me. I communicated with team officials who made it to Accra, and by yesterday (Monday) after landing, they were still looking for a place to settle.”

He added:  “I believe we will win though 2017(3-2 win) was a friendly match. This match will be different due to changes that have been made…we are well prepared for good results.”

The tournament will be played in a round-robin format with the top two teams in both pool A and B advancing to semi-finals.

The men’s Group A has Eastern Company of Egypt, Kada Stars and Police Machine of Nigeria as well as hosts Ghana Police Service and Ghana Army.

Kenya failed to register teams in the women's category after local champions Blazers and the United States of International University Africa pulled out due to financial constraints.

In this year’s competition, the 23rd edition of the event, the women’s category will have Ghana Revenue Authority (Ghana), Ghana Prisons and Ghana Police Service, as well as Plateau Queens  and Delta Queens(both of Nigeria) as the only participants.