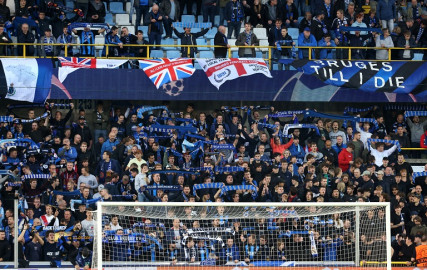 Manchester City said on Wednesday they were shocked and saddened by reports that one of their fans had been attacked in Belgium after Tuesday’s 5-1 Champions League win at Club Brugge.

British media reported that a Belgium-based supporter of the Premier League champions was in intensive care after being attacked at a parking lot in Drongen following the match at the Jan Breydel Stadium.

"We're currently working with our counterparts at Club Brugge as well as Belgian and Greater Manchester Police to establish more information," City said in a statement here.

“Our thoughts and best wishes go out to the family and friends of the Belgian-based supporter, who remains in hospital.”

Brugge said in a separate statement here that they were "horrified" to learn of the incident.

“Club Brugge strongly disapproves of all criminal behaviour, both inside and outside the stadium and puts tolerance first,” the club said.