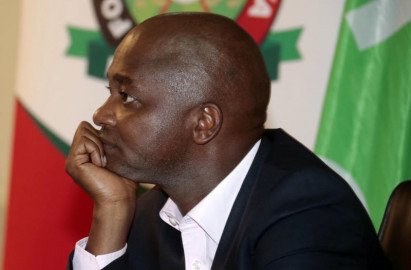 Embattled Football Kenya Federation President Nick Mwendwa has pleaded not guilty to charges of financial misappropriation and released on a cash bail of ten million shillings by the Milimani court.

Mwendwa has also been barred from contacting any witnesses in the case.

The charges emanated from the report released after an investigation carried by the government.

Mlimani senior principal magistrate Eunice Nyutu ruled that concerns on whether or not an investigation was carried out will be determined during the trial and not in the application.

While dismissing claims that the state acted in bad faith on the part of the police in arresting him, the court ruled that there's no demonstration of the motive behind the bad faith alleged by the defense.

“No law that forbids arrest on a Friday. They were not permanently forbidden to bring charges,” she ruled.

“On the issue of the pending case at the high court, challenging the inspection of FKF court rules that it's insufficient to challenge the legality of the charges before the lower court,” she added.

Sports Cabinet Secretary Amb. Amina Mohamed disbanded the federation early this month and constituted a caretaker committee to run football in the country for not more than six months following the recommendations of a probe team that investigated the federation.