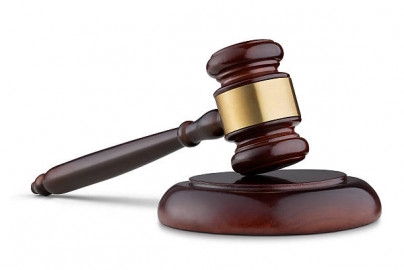 The money, which Ms. Njoroge has maintained that it was gifted to her by a Belgian lover, has been a subject of discussion since ARA raised concerns earlier this month that the account might be used as a conduit for money laundering.

In a court ruling on Friday, Justice Ether Maina ordered that the money not be accessed for 90 days to pave way for investigations.

“The preservation orders be and are hereby issued prohibiting the respondent, her employees, agents, servants or any other persons acting on their behalf from transacting, withdrawing, transferring and/or dealing in any manner howsoever in respect of any profits or benefits derived or accrued from the funds specified,” reads court documents seen by Nation.

According to the ARA, the Co-operative Bank account in question was opened on August 2, 2021 and the cash wired in four transactions within three days.

The Assets Agency also claimed that they issued summons to Felesta on October 18, 2021, to shed light on the transactions, only for her advocates to write back a day later and say the summons were vague and had no legal grounds.

“In the letter, the legal representative making reference to the summons dated 18 October 2021 sought for “better and proper particulars of the alleged offence with regards to what information you wish to acquire from our client,” the Agency’s affidavit read in part.

“It further stated, the summons issued by yourself are vague in nature as we would like a further explanation so as to advise her on what documentation she needs to bring with her.”

The Agency added that the advocates later informed it that Njoroge left the country in October and the lawyers have since gone mum on when she is expected back in the country.

ARA had filed the affidavit on November 19 wanting the account frozen urgently to allow for investigations, expressing fears the account could be emptied if no action is taken.