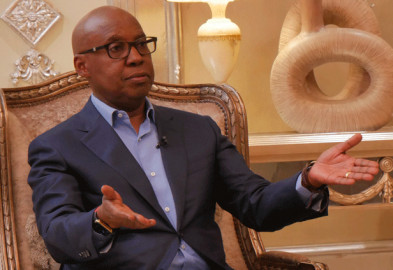 A petitioner has filed a case before the Judicial Review Division seeking to have the Directorate of Criminal Investigations (DCI) compelled to arrest businessman Jimi Wanjigi for allegedly being in possession of illegal firearms and ammunition.

According to documents filed in court, Memba Ocharo argues that Wanjigi's conduct has previously been questionable hence he should not be allowed to possess the firearms.

"Wanjigi will soon receive the firearms and ammunition that were initially confiscated yet the Firearm Board has never conducted a due process that is in accord to the law to have Wanjigi firearms certificate procedurally revoked in a manner anticipated in the ruling of this court in Republic v Firearms Licensing Board & another; Ex parte Jimi Wanjigi[2019]," reads court papers.

Through lawyer Danstan Omari, Mr. Ocharo says that Wanjigi is a former Inspector of Police and was stripped of all his police powers and ordered to surrender all his firearms and ammunition in his custody following numerous incidences and complaints about his misuse of firearms.

The petitioner claims that long after Wanjigi was dismissed from employment with the Police Service for misuse of firearms in threatening and intimidating members of the public, he has nonetheless been a licensed firearms holder until January 30, 2018, when the firearm licensing board revoked his firearms' certificate.

Lawyer Danstan Omari, speaking on Citizen TV on Tuesday, claimed some of the firearms that were possessed by Wanjigi are only allowed for the military.

The DCI boss was on November 18 sentenced to four months at the Kamiti Maximum prison for contempt of court after he allegedly declined to hand back to Wanjigi seven firearms seized by police during a raid at the businessman's home in Malindi in 2017.

In June 2019, Justice Chacha Mwita ruled that the State acted irrationally by seizing Wanjigi's firearms while he still had a valid license.

The DCI boss had been given 30 days in early 2021 by the High Court in Nairobi to return Wanjigi's firearms, as ordered in 2019.

The deadline for the DCI to comply with the orders was March 25, 2021.

After DCI failed to return the firearms, Wanjigi filed a contempt of court proceedings suit, seeking to have them committed to civil jail.