‘She was a humble woman,’ Family says as suspected cop killer Caroline Kangogo is buried 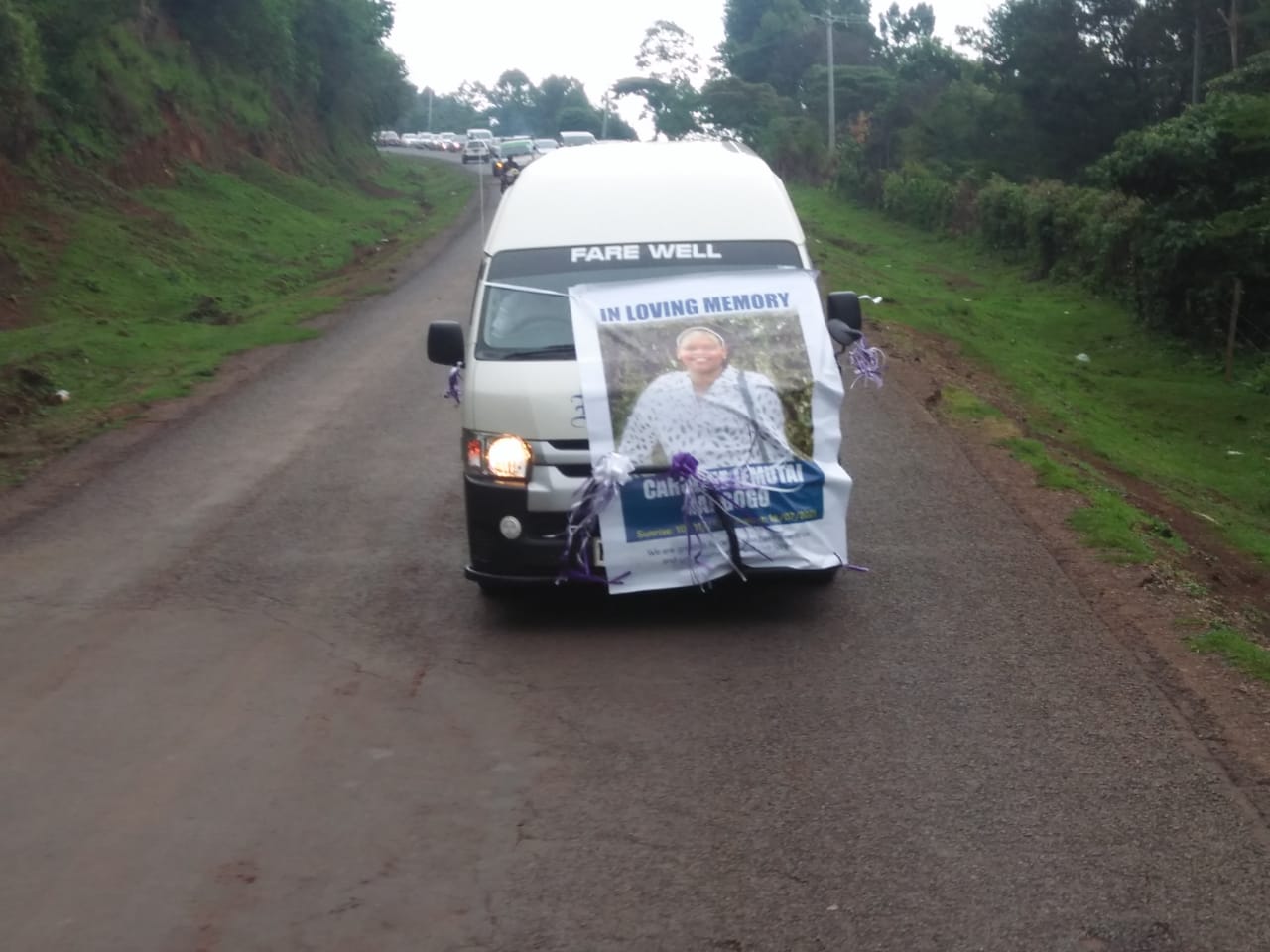 Suspected killer policewoman Caroline Kangogo was finally buried at at her parent’s home in Nyawa village in Elgeyo Marakwet on Thursday.

Her family and friends flocked to her home to pay their respects to a woman they described as humble and who got along with everyone.

The mourners were visibly moved by the loss and urged the government to look into the circumstances surrounding her shocking death.

As friends and family delivered their eulogies, it became clear that the Kangogo they knew in the village was not the same as the one found dead inside her mother’s bathroom after being on the run for two weeks.

Kangogo had led a team of specialized security men on a seemingly wild goose chase across the country prior to her discovery inside her mother’s bathroom, reportedly dead.

Her story was as gripping as it was shocking; she was accused of killing two men in Nakuru and Kiambu counties by shooting them at point blank range.

As news broke, and warnings and advisories were issued, everyone was eager to learn how the policewoman had seemingly unraveled overnight, going on an unhinged killing spree.

Her final journey was not without drama; her family was forced to post-pone her funeral last week after an autopsy scheduled with the government pathologist Dr Johansen Oduor failed to take place.

Her funeral comes just days after a postmortem revealed that she died from a single-bullet wound in the head, consistent with a police report that she has shot herself in the head at her parent’s home.