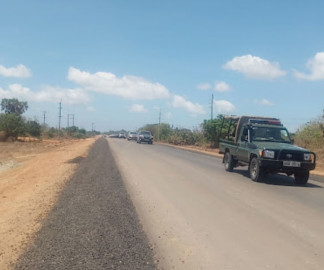 The government has vacated the night travel ban for cargo transporters in Lamu County which has been in place for the past eight years.

Amid a series of terror attacks in the region, the government in 2014 declared that cargo vehicles using the Lamu-Witu-Garsen road only travel during the day.

Consequently, Public Service Vehicles (PSVs) were ordered to operate only during the day, and at designated times in one convoy which has to be escorted by armed police.

Coast Regional Commissioner John Elungata announced the lifting of the ban over the weekend.

“The ban on night travel for cargo operators is officially lifted right from now due to the fact that security here has greatly improved,” he said.

He added that this applied to vehicles transporting food, building materials, farm produce and other goods.

However, Elungata stated that the night travel ban for PSVs would remain effective for now,  adding that he would lobby to have it lifted.

“I will also engage the county security committee on whether PSVs can also be allowed to operate at night. I urge you to give me two weeks before I issue directions on the matter,” stated Elungata.

He further noted that the government will remain vigilant on threats to security in the Coast region and advised motorists to cooperate with security directives, including security checks.

“The national government is keen to ensure that normality returns to Lamu, with steps already underway to build two new security roads that will enhance timely response to any insecurity incidents that are reported here,” he said.