Mulamwah speaks on remaining a nurse despite successful comedy career 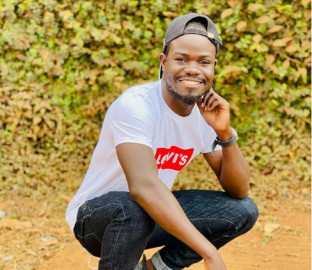 David Oyando, popularly known as Kendrick Mulamwah, has opened up on how he manages to juggle his two careers: nursing and comedy.

Mulamwah, who hails from Trans Nzoia, studied nursing but ended up being one of the most followed comedians on social media, especially YouTube, given his funny and witty skits about life upcountry.

Sharing his story on Churchill Show, he said that he did and completed his nursing internship programme at the Kenyatta National Hospital.

“I was juggling both nursing and comedy. By then, comedy was my calling and source of income. Comedy has its challenges but at least it puts something on the table,” he said.

“There are those who know me as a nurse and others who know me as a comedian. Both titles work. There are instances where I have to be serious at the hospital, but there’s when I am allowed to bring out the comedian in me.”

Mulamwah gave an example of mental health, where he said he is required to make his patients happy and feel loved through comedy as it is a form of therapy and healing.

The content creator revealed that he was an ‘A’ student in high school, as he emerged the top student in Trans Nzoia in the district mock exams of 2010.

“My father, who is a clinical officer, advised me on pursuing nursing as a course. It has many opportunities and open endings in the long run,” he said.

He recounted how he unsuccessfully auditioned for the Churchill Show, severally, for so long that he almost gave up.

“I came to Nairobi for four consecutive years. I would travel for auditions to Nairobi every Monday and back to Eldoret by Tuesday. I unfortunately was not successful in any of them,” he said.

The comedian added that he really wanted to come to Nairobi so he could access auditions with ease. That was his source of motivation. He said he applied to a lot of universities in Nairobi but was called to the Moi University in Eldoret where he pursed nursing.

“I wanted to come to the Churchill Show but transport money was an issue. I sometimes had to sell my phone to get enough fare,“ he narrated.

Mulamwah’s first Churchill Show performance was at Kenya Cinema, which he termed as a great success, seeing as he is now one of the most celebrated comedians in the country.

Trolling was always a real problem for Mulamwah when he started out his acting and comedy careers.

He however got a lot of support from Churchill (Ndambuki) and others who pushed him to avoid the negativity online.

“Social media has been a hard platform for me. Comedy has no marking scheme. We just do whatever we think is the best,” he stated.