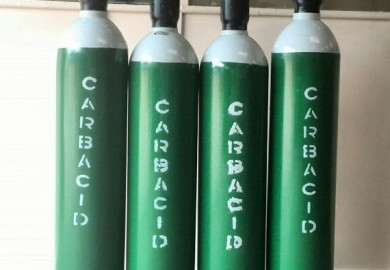 The board of Carbacid Investments has recommended the payment of a special 90 cents dividend per share after posting a 28 per cent jump in profitability for the year closed in July.

The firm’s Ksh.415.1 million net profit for the year has found anchoring in greater turnovers with the company’s revenue rising by 33 per cent to Ksh.906.6 million in the period.

The higher margins have meanwhile been flanked by fair value gains in Carbacid’s stock holdings to the tune of Ksh.12 million in contrast to a fair-value loss of Ksh.38 million last year in the investments portfolio.

Put together, the special dividend and a final dividend of 70 cents will tally to a Ksh.1.60 final pay out per share for a combined total dividend amount of Ksh.407.8 million.

The dividends paid to shareholders registered at the close of business on November 26 while payments will occur on or about December 17 when Carbacid holds its annual general meeting (AGM).

Carbacid’s earnings per share have improved to Ksh.1.63 from Ksh.1.27 following the jump in profitability.

The company remains on the path to acquire peer BOC Kenya as it seeks to consolidate its position as a market leader in industrial gases manufacturing.

The deal is however currently before a Capital Markets Authority (CMA) tribunal following a challenge against the low valuation of BOC by the suitor.

Carbacid had valued BOC at Ksh.63.50 per share or Ksh.1.24 billion while independent advisory by Dyler & Blair Investment Bank placed the value of BOC at an equivalent Ksh.91.76 per share.