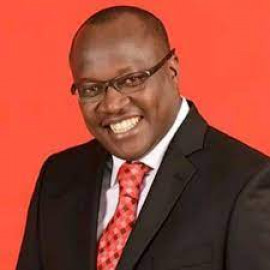 The High Court has halted the swearing-in of Paul Mutunga Mutungi as Nairobi’s Deputy governor.

The court stopped the current chief of staff from assuming office after activist Okiya Omtatah moved to court on Friday seeking orders barring Governor Ann Kananu from appointing Mutungi as her Deputy governor.

During the hearing presented before Justice Hedwig Ong’udi, the judge issued conservatory orders prohibiting Mr. Mutungi from taking an oath of office as deputy governor pending the hearing and determination of the application.

“Pending the inter-parties hearing and determination of this application, the court is pleased to issue a temporary order of prohibiting  Mutungi from taking an oath of office as the Nairobi deputy governor or assuming or occupying the office,” reads the order delivered on November 26, 2021.

In the petition, activist Omtatah wanted the swearing-in process stopped awaiting vetting and approval of Paul Mutungi by the Nairobi County Assembly.

“That as matters stand right now, the governor can appoint Mr. Mutungi as the deputy governor of Nairobi any time and he will be subsequently sworn into office immediately. It is extremely urgent that this court issues the conservatory orders to preserve this motion,” read the petition.

Omtatah argued that in regard to the law, Mutungi had not been cleared by the IEBC thus his vetting and approval are legally void.

He also accused the Nairobi County Assembly of rushing the vetting process and denying a room for public participation.

“The county assembly was mistaken to rely on the eligibility criterion in Article 193(2)(e) of the Constitution which is strictly applicable only to the occupation of the office of deputy governor through elections and not by appointment,” stated the petition.

Similarly, Omtatah wanted the Judiciary stopped from swearing-in Mutungi or appointing any judge to preside over his appointment.

“Unless the court intervenes immediately, Mr. Mutungi, who was not lawfully nominated, vetted and approved for appointment as deputy governor, and who is ineligible anyway because of the ongoing criminal proceedings against him, will be unlawfully installed as the deputy governor of Nairobi,” application read.