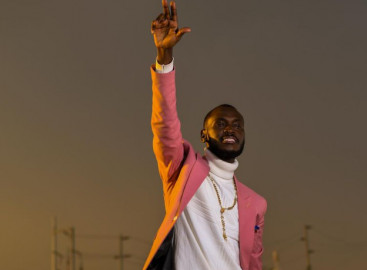 The EP was launched in an invites only event that took place in Kilimani on Tuesday night.

King Kaka was accompanied by his wife Nana Owiti and in attendance was his Kaka Empire signee Femi One as well as fellow artistes Jua Kali, Jaguar, among other notable household names.

“It is a big day for me. Today we are celebrating my second birthday. My birthday is on May 7th but today I am dropping my first EP in 13 years, it’s titled ‘Happy Hour,” said a joyous King Kaka.

The 'Wajinga Nyinyi' hitmaker said he wanted to do something to celebrate the gift of life following his health scare.

"Having gone through one of the toughest times in my life when I was ailing, I wanted to do something to celebrate life and all the goodness it has to offer."

The EP features his wife Nana Owiti, a famed TV presenter, as the face of the official cover.

"We had already done the cover photo-shoot before. We did some designing but it wasn't working because I was very thin and sick. So at the time, I decided to display my wife as the cover because she has played a very important role," explained King Kaka.