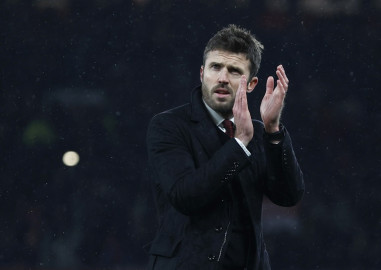 Former United midfielder Carrick has been in charge of the team since the dismissal of Ole Gunnar Solskjaer last month. German Ralf Rangnick is taking over as interim manager until the end of the season.

"After a lot of thought and deliberation, I have decided that now is the right time for me to leave the club," Carrick, who was part of Solskjaer's coaching staff, said in a statement on the club's website.

"I want to place on record my thanks to all of the players and a special mention goes to the backroom staff, working long hours with such a great group of people has been a real pleasure and I have made some long-lasting friendships."

"Michael leaves with the sincerest thanks and best wishes of everyone at Manchester United after 15 years of exceptional service to the club as a player and as a coach. While we are sad to see him go, we respect and understand Michael’s decision," he said.