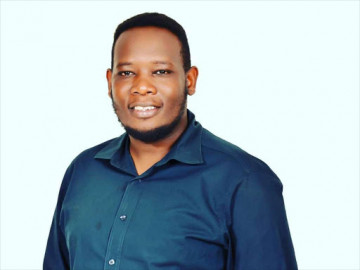 Following a political disagreement in 2007, Rufftone, a city gospel musician and Nairobi senatorial aspirant, claims that his brother and fellow gospel singer Daddy Owen nearly attacked him with a machete.

Roy Smith Mwatia, as the singer is formally known, claims that Owen was then a fierce supporter of the Orange Democratic Movement (ODM) while he was pro-PNU.

“In 2007 I remember very boldly my blood brother Daddy Owen was for ODM and I was for PNU and when we disagreed in the morning,” Rufftone told NTV on Tuesday.

“Daddy Owen had to run out to the streets with his friends, na mapanga targeting me.”

While accusing ODM of being a violent party altogether, the ‘Mwikulu’ singer claimed that the incident played a major role in his decision to join the United Democratic Alliance (UDA) for his August bid to the Senate.

“There is a movement of hooliganism…I’m born in this country and I’ve been in Eastlands,” said Rufftone.

He further condemned the incident, arguing that politics should be about ideological positions and people should be tolerant of diverging views.

“I tend to think politics is about ideologies, and if we differ politically, you don’t have to manifest it by harming me verbally or physically,” he added.

Rufftone announced his entry into the Nairobi senatorial race in November.

“I am disclosing this for the first time in regards to what the future holds for Rufftone. You are looking at the new incoming Nairobi Senator, Mr. Roy Smith Mwatia,” he said then.

As a newcomer, he is among other established showbiz names eyeing elective post in the August 9 General Election, including Frasha, Gabu, and Prezzo.