Kenya Power staff call off strike to allow for dialogue 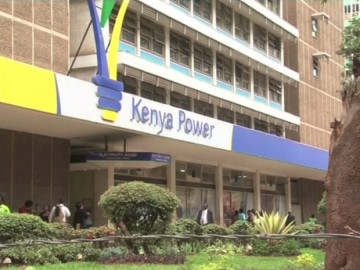 Staff at Kenya Power have called off a strike notice to allow for dialogue over documented issues.

The cancellation of the 21-day strike notice issued last week follows a meeting between staff represented by the Kenya Electrical Traders & Allied Workers’ Union (KETAWU), the management of Kenya Power as well as Energy Cabinet Secretary Charles Keter on Tuesday.

The workers have signed up to a 30-day window which will see parties iron out issues presented by staffers at the utility company.

In a letter to CS Keter dated September 14, KETAWU listed six grievances including what they termed as a deliberate delay in approving procurement plans which has created shortages on materials such as transformers and poles.

Further, the staffers accused the board of Kenya Power of micro-managing procurement functions contrary to procurement laws and the board’s push for a proposed Safaricom smart grid solution despite rejection by management.

Kenya Power staff also accused the company of out-rightly refusing to convert 3,100 contractual and casual employees into permanent and pensionable ones, thereby failing to address low morale among them.

KETAWU has been pushing for the ouster of the recently installed board at Kenya Power over what they say is their active role in facilitating procurement irregularities.

The push by the workers' union comes as part of the board at the firm becomes the subject of a probe by the Ethics and Anti Corruption Commission (EACC).

Nevertheless, a tug of war is emerging as stakeholders take sides on the sanctity of the new board which is chaired by Vivienne Yeda.

At the end of last week, the Kenya Private Sector Alliance (KEPSA) offered its support for the under fire board backing it to deliver key changes at the ailing utility firm.

The Ministry of Energy is seemingly in favor of the current board citing what is expected to be the company’s return to profitability in the financial year ended June 2021.