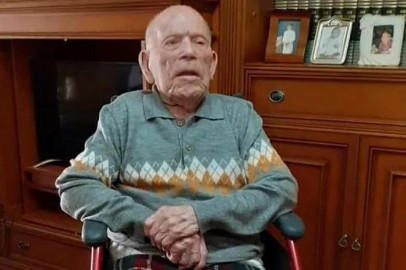 Saturnino de la Fuente, the world’s oldest man according to the Guiness Book of World Records, has died aged 112 years and 341 days.

The deceased, a Spanish national, passed away on Tuesday at his home city of León, Spain, where he was born in 1909.

The records agency named De la Fuente as the world’s oldest man in September when he was aged 112 years and 211 days. He would have turned 113 at the beginning of February.

De la Fuente, a cobbler by profession since he was a teenager, married his wife Antonina Barrio Guiterrez in 1933 spawning a son and seven daughters in the process.

At the time of his demise, the deceased had a remarkable 14 grandchildren and 22 great-grandchildren.

His burial was slated for Wednesday at a local cemetery according to Spain’s state-run news agency EFE.