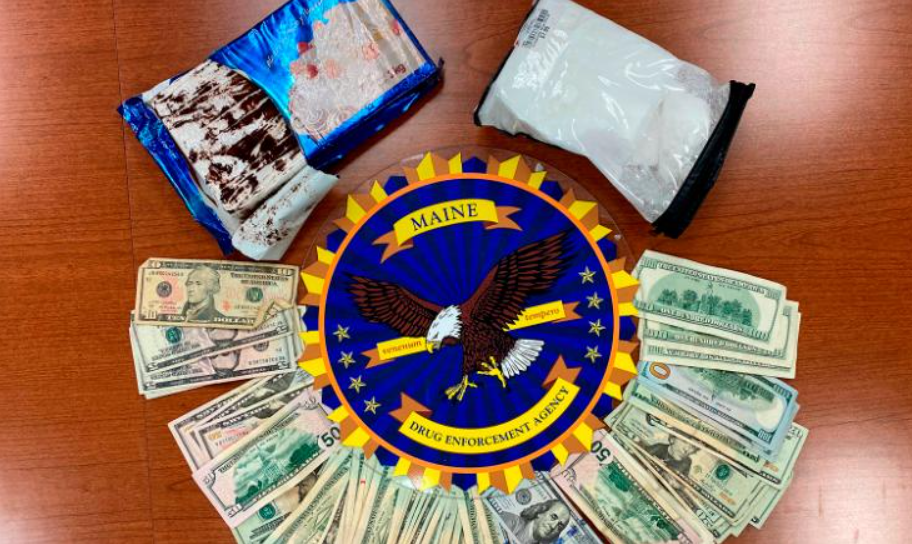 A man and woman were arrested in Maine following the discovery of cocaine disguised as a cake in their vehicle, according to the Maine Drug Enforcement Agency.

Acting on information received from anonymous sources, agents stopped a vehicle on Tuesday along I-295 as it entered Gardiner. A drug-sniffing K9 alerted them to the presence of illegal drugs in the vehicle, the MDEA said in a news release. Inside the trunk, they found four pounds of cocaine and about $1,900 in cash, believed to be proceeds from illegal drug sales, the agency added.

Some of the cocaine found in the vehicle was pressed into a block and wrapped in cake packaging, MDEA Commander Peter Arno told CNN. Coffee grounds were spread on top of the cocaine in an attempt to throw off the scent.

Arno said the cocaine likely entered the country wrapped in cake packaging, and that agents will check with other departments to see if similar seizures have been made in order to determine its source.

Agents believe the drugs were being transported to Main for distribution in Kennebec and Somerset Counties. It’s total street value is estimated at $200,000.

The suspects were taken to Kennebec County Jail and charged with aggravated trafficking in a schedule W Drug, a Class “A” offense, the MDEA said. If convicted, they could face up to 20 years in prison, Arno said.

The Winslow Police Department, Maine State Police and Homeland Security Investigations assisted in the investigation, which the MDEA said is ongoing.